Trail Patrol Wardens continue to clean the trails and parking lots of various forms of garbage and dog feces. Household garbage continues to be deposited at the Trail Head garbage barrels. Wardens restock the Dog Bag Dispensers located at several Trail Heads, which are often empty a day after being filled. This may indicate use of the bags for use other than on our trails. The Trail Brochures handed out to the many trail visitors are greatly appreciated.
Comments/Observations Reported by the Trail Patrol Wardens for our various trails:

1.     Interesting growth of fungus is often seen on trees in the Park. 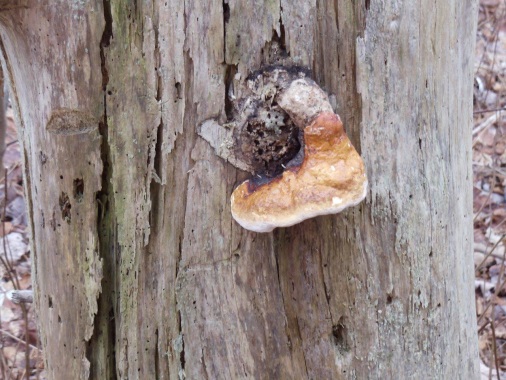 2.     Remnants of fireworks rockets were left in the parking lot.

3.     A single bald eagle was seen flying back to the Heritage Park with nesting materials in its talons. Hopefully we will be having a nest pair back in the Park.

4.     Once again, damage to the trails has taken place from run-off water. 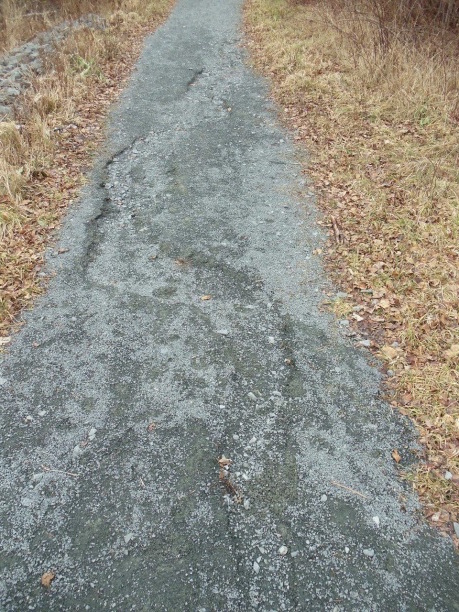 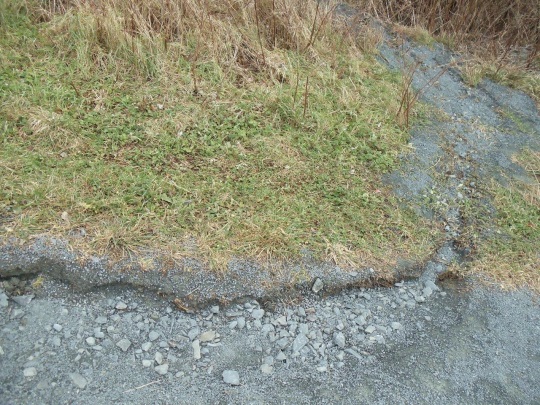 5.     Rabbits in the Park have changed from their brown colour to winter white. Unfortunately for them, there was no snow in which to hide.

6.     A Trail Walker with three large unleashed dogs thought it was ok to have them off leash as she did not expect anyone else to be in the Park on a sunny and warm Saturday afternoon. One day the majority of dogs are on leash but the next day most are off-leash. Often, off-leash dogs are leashed when an approaching Warden is seen, only to be let off leash once the Warden is off in the distance.

7.     Dead fish found on dry land within the Park. Perhaps dropped by a seagull or an eagle. 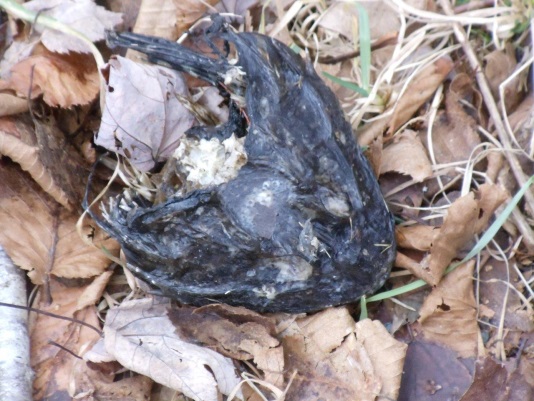 8.     Who would believe the Trail would look like this on December 27th. 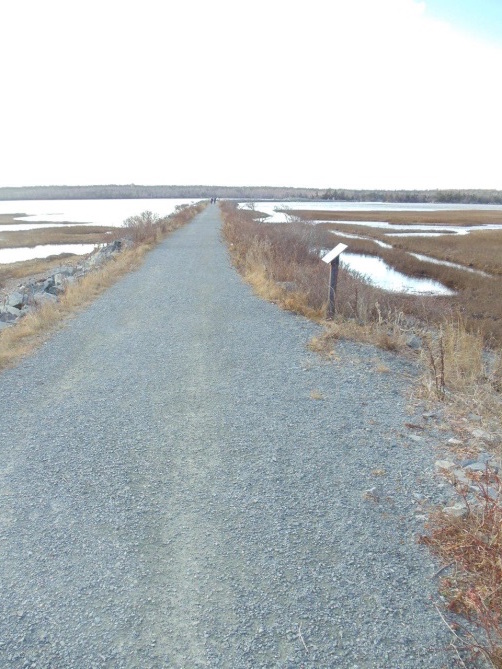 9.     Despite there being signage indicating that the SMT trail is closed due to construction, trail walkers continue to use the trail. Wardens inform trail users of the construction and the possible dangers involved during this time period. 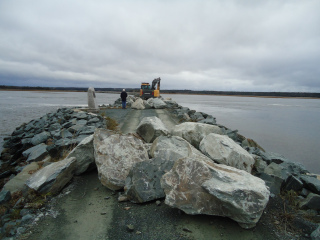 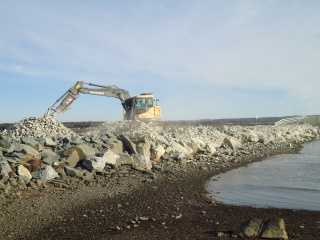 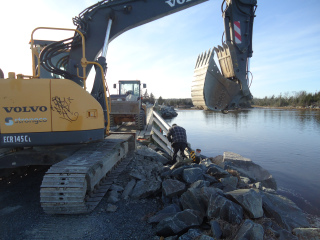 10.  The recently installed bird feeders on the trail are attracting both birds and squirrels. It is not known who installed the two feeders which are located a short distance from the trail entrance on Bissett Road.

11.  The water certainly churns up when the tide comes in on the Cole Harbour Estuary along the trail. 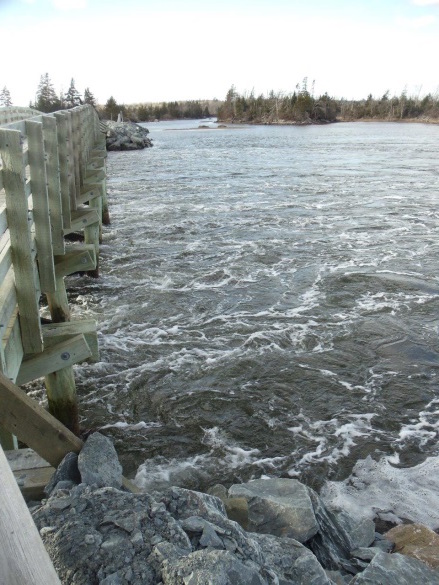 12.  Not sure who installed this sign on the Trail near Howard Avenue but it has received several compliments. 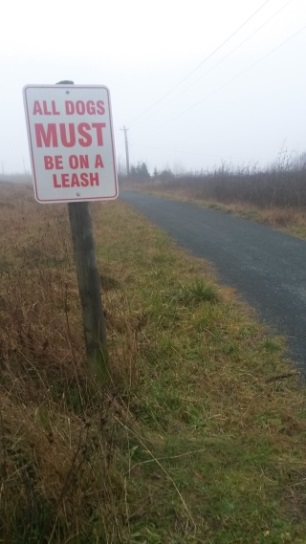 13.  Ditching taking place on the trail required Wardens to warn trail walkers of the construction. 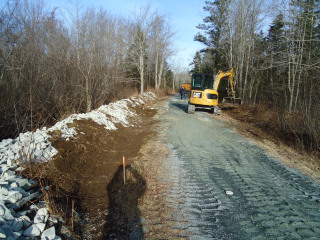 14.  Heavy rains have resulted in swollen lakes along the trail as well as minor flooding on the trail. 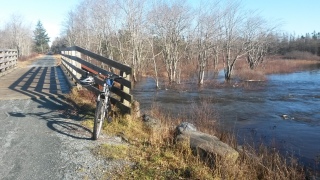 15.  Nice comments were received from Trail Walkers regarding the brush cutback along the trail.

16.  A couple, one with a buck saw, queried a Warden on where to find a nice Christmas tree.  They were advised that cutting down or removing any tree(s) from the trail system is not permitted. They thought that because it was Crown Land, they could cut down a tree. Once the Warden pointed out the rules & regulations on the kiosk, they promptly left.

17.  One regular trail user was seen on roller blades in preparation for when snow finally arrives. He was using roller blades as a way of getting in shape for cross country skiing.

18.  High-water from recent rains has almost covered the beaver house beside the Bissett Trail Bridge, as well as along the trail leading up to the bridge.

19.  A tossed box spring and fire pit was spotted along one of the side trail entrances. 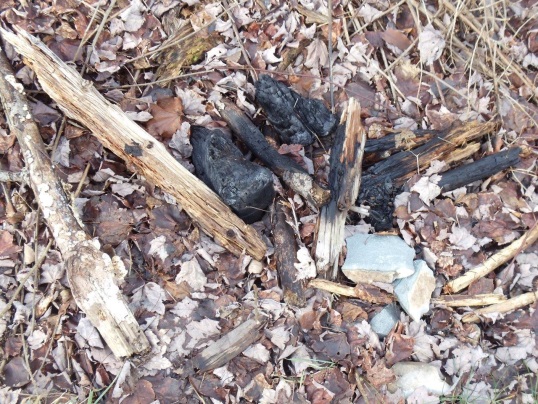 20.  Water erosion along the trail has taken place as a result of the recent heavy rains. 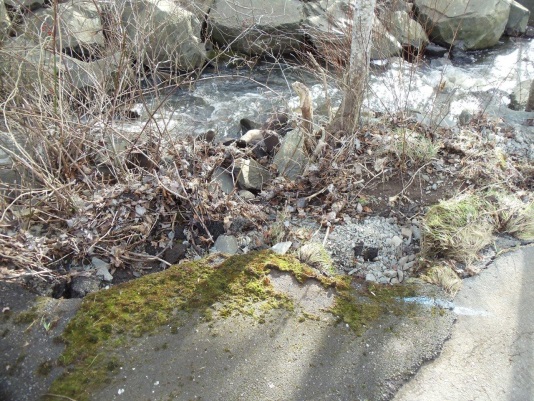 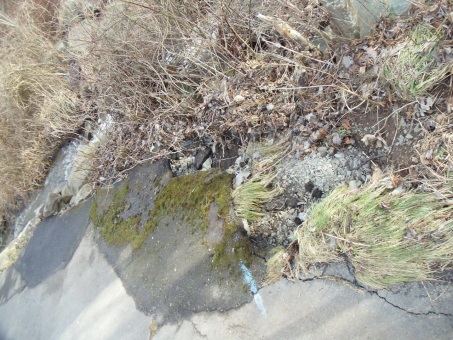 21.  This month’s heavy rain has caused a few wet spots on the Trail.

22.  Ducks often approach trail walkers in anticipation of being offered some bread. 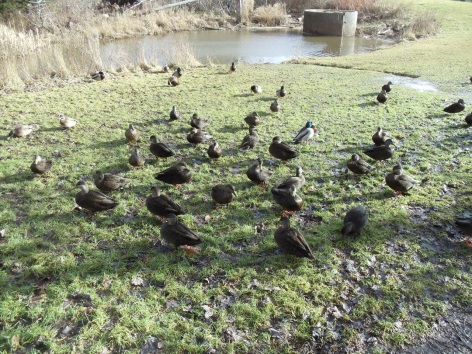 Various CHPTA Trails
23.  Reported outings by bicycle were 152 and 192 Kilometres.

24.  Abandoned bicycles continue to be found on the various trails.

26.  Comments continue to be received from trail users expressing thanks and appreciation for the work of our Association and the improvements being made to the trails.

27.  Festive Christmas Samaritans have once again adorned several trees on a couple of our trails. 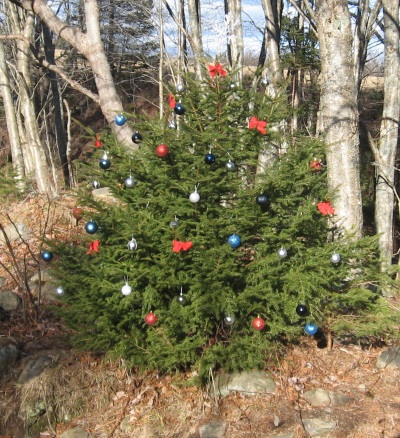