This lovely map 'The Southeast Coast of Nova Scotia' is from The Atlantic Neptune,  a monumental four volume atlas which was the most important collection of maps, charts and views of North America published in the eighteenth century. It was created by Colonel Joseph Frederick Wallet Des Barres.

Des Barres made many maps of the Atlantic, mapping the coast of North America from Newfoundland to New York. His survey of the coast of Nova Scotia took approximately ten years due its length and intricacy. Des Barres was exasperated with the work stating "There is scarcely any known shore so much intersected with Bays, Harbours, and Creeks as this is ... and the Offing of it is so full of Islands, Rocks, and Shoals as are almost innumerable." The survey work was carried out in the summer and in the winter he would retire to his estate, Castle Frederick, in Falmouth, Nova Scotia to complete his charts and drawings. In 1774 under direction for the British Admiralty, Des Barres compiled and edited his and many others' charts and maps of eastern North America. The completed work Atlantic Neptune was published in 1777, having cost the Admiralty an estimated £100,000.
A close up of  the Halifax Harbour portion reveals that Cole Harbour was known to Des Barres as Rocky Bay. 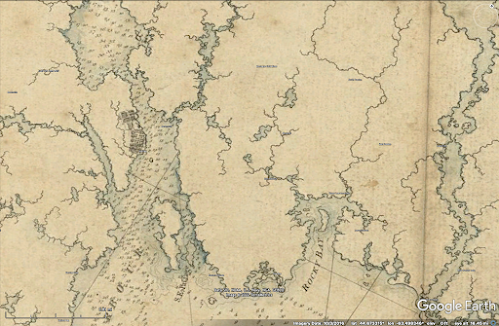 It's very hard to get an exact correspondence of features between a modern satellite image and a 250 year old chart done with a compass and sextant, which makes the accuracy all the more remarkable.  Here is the image from Google Earth: 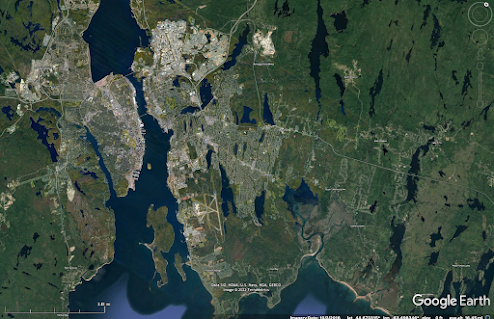 Des Barres is very accurate on things like Halifax Harbour and the Bedford Basin.  The depth soundings are evidence that he went there.  The Northwest Arm, McNab's and Cow Bay are accurate, but one suspects that Rocky Bay was drawn from what Des Barres could see from his ship, perhaps with some details from ground observation.
Finally, here is a closeup with the Des Barres map made semi-transparent: 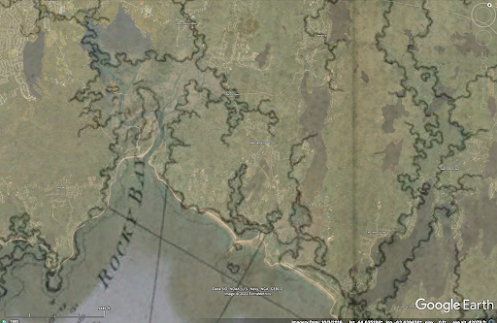 It's not quite right, but amazingly shows the shore all the way around the corner to Lawrencetown.  He mostly misses Lawrencetown Lake, but gets a good idea of Porter's. 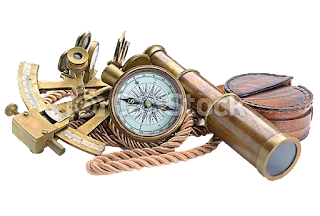